Have YOU accepted God's pardon? 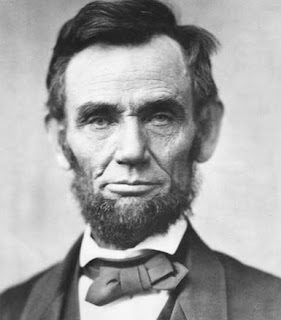 1 John 1:7 (New International Version)
But if we walk in the light, as he is in the light, we have fellowship with one another, and the blood of Jesus, his Son, purifies us from all sin.

It has been said that during the Civil War, a man was sitting on a park bench in Washington, D.C. He was crying. His son had deserted his post in battle and was to be shot by a firing squad. So the father went to Washington hoping to talk to the President and tell his story and see if the President would intervene. But he couldn't get passed the front gate to the White House. He would go there and be denied access. So he sat crying, fearful about his son's impending death. Hundreds of people pass him, but no one noticed....

Finally, a small boy noticed him and saw him crying. The boy went up to the man and asked him what was going on. The man was barely able to talk, but told him about his son and what was going to happen. The boy was touched. He said, "Follow me." He walked up to the front gate, looked up at the soldiers guarding it and said, "It's okay. He's with me." The gate opened. The boy and the man marched right up to the front door of the White House, opened it and walked in. He knew exactly where the President was. He knocked on the door, and he was told the President was in a meeting with his cabinet members and generals discussing war strategy. But the little boy nudged his way through the room full of people, finally reached the President, and jumped up on his lap. The conversation in the room ceased.

The boy said, "Daddy, I want you to meet a man. He needs your help." The meeting stopped, everyone left the room, and the man was brought into the room so he could tell his story. After hearing the man's plight, Lincoln took out his pen and signed a document. He handed it to the man. And written in bold letters it said:

The man's SON had been pardoned! His tears of sadness became tears of joy. As he was leaving he turned to the President and asked, "Why did you do this for me?"

Lincoln replied, "I did it because my SON took an interest in your situation! "

Due to our sin, YOU and I are much like the young soldier that deserted his post in battle. WE have sinned, and the wages of sin is DEATH (Romans 6:23). Yet, both the Son (as well as the Father) "took an interest in OUR situation." Because of His great love for us, Jesus died on the cross so that WE might receive FULL PARDON for OUR sins (1 Peter 2:24).

And through Jesus, God's only Son, WE too have DIRECT ACCESS to HIGH PLACES because He EVER LIVES to intercede for us at the right hand of God (Romans 8:34-39).God will grant this "DIVINE PARDON" to those who: place their trust in Him (Hebrews 11:6), repent of sin (2 Corinthians 7:9-10), confess Jesus before men (Romans 10:9-10), and are baptized (immersed) for the forgiveness of sin (Acts 2:38). He will CONTINUE TO PARDON those who CONTINUE TO FOLLOW Jesus for the rest of their lives (1 John 1:7)

Have YOU accepted God's pardon?

Dear Lord we thank You for the pardon You have offered to each of us. We pray that we would be the one to share that with others today. In Jesus’ name, Amen.