Giving it Your All no Matter What. 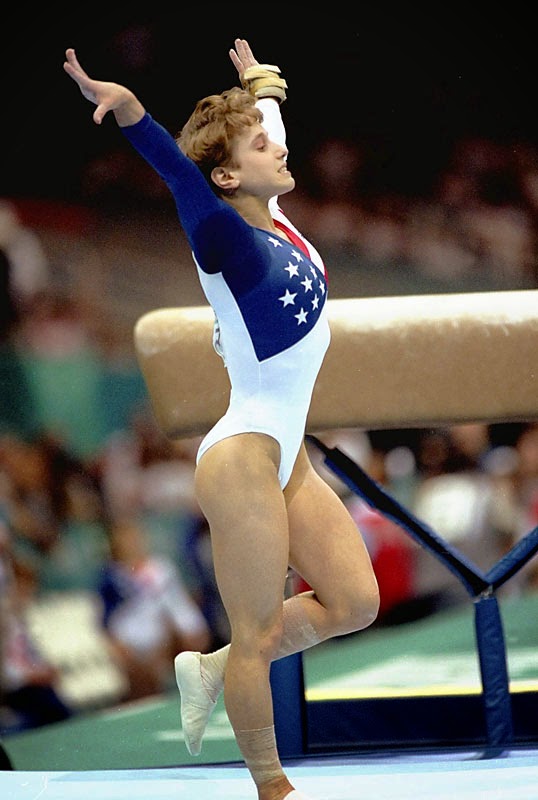 Matthew 7:25 (NIV)
The rain came down, the streams rose, and the winds blew and beat against that house; yet it did not fall, because it had its foundation on the rock.

Tuesday evening at the 1996 Olympics brought high drama and pride as Kerri Strug guaranteed a gold medal for the U.S. women gymnasts. With two Russian performances yet to be completed and the medal still in doubt, she had one more vault to attempt. But should she?

On her first attempt, the veteran Olympian who stands four-feet-nine-inches high and weighs 87 pounds had heard her ankle snap and had limped off. Perhaps she should have removed herself from the competition to avoid further injury, but she didn't. She pulled herself together, set herself for her final attempt, and nailed a near-perfect vault before a cheering crowd! She held a flamingo-like stance until the judges recorded their scoring of her performance - a performance that assured first place for her team.

With two torn ligaments in the 18-year old's left ankle, Kerri Strug then collapsed in pain onto the floor. Her coach, Bela Karolyi, carried her onto the medals platform. She had become the darling of Atlanta for fighting back through her pain.

Knowing that Jesus is our foundation, we can accomplish what He has before us even when all around us seems dark.

Dear Lord, give us the strength to carry on and do our best even when we don’t think we can do it. In Jesus’ Name, Amen.
Posted by Ronald L Yahr, Jr at Saturday, December 06, 2014