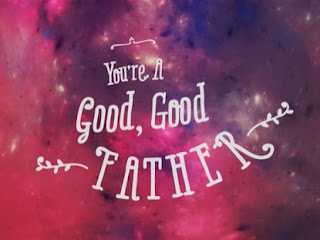 Romans 4:25 (ESV)
Who was delivered up for our trespasses and raised for our justification.

What makes a father good? Importantly, it’s being a man the family can trust because he keeps his promises. Unfortunately, many don’t know what a father is, let alone a good father. So not surprisingly some have difficulty with God, our Father. How can God be a good Father if he was willing to send his Son off to die?

The answer: God the Father is good because he keeps his promises. When our first parents, Adam and Eve, disobeyed God and brought upon the world the curse of death, our Father promised a Savior to rescue the world from the condemnation people deserved because of sin.

Throughout history, God kept his promise of a Savior, proving that he is someone we can trust—a good Father. He delivered Noah through a worldwide flood. He granted offspring to an old man named Abraham and his barren wife. He sustained the world wrecked by famine through Joseph, who became second-in-command to Pharaoh of Egypt. He delivered the Israelites from slavery and kept them alive in the wilderness for forty years by his servant Moses. He returned a remnant of Israelites from 70 years in exile, even after they had forsaken him.

All this Jesus did for us. God demands we live a perfect life, but accepts the perfect life that Jesus lived on our behalf. God demands payment for sin but counts Jesus’ innocent death in our place. On the cross, Jesus said, “It is finished” (John 19:30). And to show that he is fully satisfied, God delivered Jesus from death to life. Our Father does not count our sin against us. Because of what Jesus has done, God declares that we are not guilty.

God our Father is good!

Dear Lord, thank you for being our good Father, whom we can trust because You keep Your promises. In the Name of Jesus, Amen.