Have Some Tea With Us 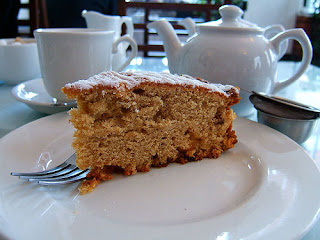 And my God will meet all your needs according to the riches of his glory in Christ Jesus.


(This story is taken from a fantastic biography about Brother Andrew, called The Narrow Road)


There were times before the end of the tour, however, when it looked as though the experiment was failing. One weekend we were holding meetings in Edinburgh. We had attracted a large group of young people the first day and were casting about for a way to get them to come back the next. Suddenly, without consulting anyone, one of the team members stood up and made an announcement.


"Before the meeting tomorrow evening," he said, "we'd like you all to have tea with us here. Four o'clock. How many think they can make it?"


A couple dozen hands went up, and we were committed. At first, instead of being delighted, the rest of us were horrified. All of us knew that we had no tea, no cake, no bread and butter, and exactly five cups. Nor did we have money to buy these things: our last penny had gone to rent the hall. This was going to be a real test of God's care.


And for a while it looked as though He was going to provide everything through the young people themselves. After the meeting several of them came forward and said they would like to help. One offered milk; another, half a pound of tea; another, sugar. One girl even offered to bring dishes. Our tea was rapidly taking shape. But there was one thing still missing-the cake. Without cake, these Scottish boys and girls wouldn't consider tea tea.


So that night in our evening prayer time, we put the matter before God. "Lord, we've got ourselves into a spot. From some­where we've got to get a cake. Will You help us?"


That night as we rolled up in our blankets on the floor of the hall, we played guessing games: How was God going to give us that cake? Among the five of us, we guessed everything imaginable-or so we thought.


Morning arrived. We half expected a heavenly messenger to come to our door bearing a cake. But no one came. The morning mail arrived. We ripped open the two letters, hoping for money. There was none. A woman from a nearby church came by to see if she could help. "Cake," was on the tip of all our tongues, but we swallowed the word and shook our heads.


The tea had been announced for four o'clock in the afternoon. At three the tables were set, but still we had no cake. Three-thirty came. We put on water to boil. Three-forty-five.


And then the doorbell rang.


All of us together ran to the big front entrance, and there was the postman. In his hand was a large box.


"Hello, lads," said the postman. "Got something for you that feels like a food package." He handed the box to one of the boys. "The delivery day is over, actually," he said, "but I hate to leave a perishable package overnight."


We thanked him profusely, and the minute he closed the door the boy solemnly handed me the box. "It's for you, Andrew. From a Mrs. William Hopkins in London."


I took the package and carefully unwrapped it. Off came the twine. Off came the brown outside paper. Inside, there was no note-only a large white box. Deep in my soul I knew that I could afford the drama of lifting the lid slowly. As I did, there, in perfect condition, to be admired by five sets of wondering eyes, was an enormous, glistening, moist, chocolate cake.


Dear Lord we thank you that Your timing is perfect, You are never early and You are never late. We pray that we would always trust You and then never forget to thank You. In Jesus Name, Amen.