Dressed Himself in Street Clothes 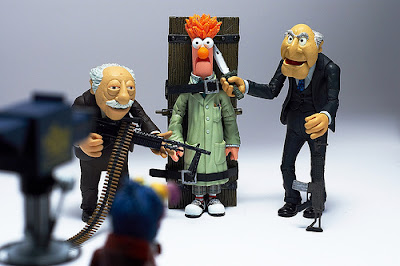 1 Timothy 3:16 (NIV)
Beyond all question, the mystery from which true godliness springs is great:
He appeared in the flesh,
was vindicated by the Spirit,
was seen by angels,
was preached among the nations,
was believed on in the world,
was taken up in glory.

It was a quiet Saturday morning on March 5, 1994 at the Salt Lake City Library as eighty people quietly watched a Tibetan sand-painting ceremony. Then suddenly, a bearded man carrying a handgun and a bomb leapt onto a table.

"Don't anybody leave! Don't anyone go anywhere! I've got a bomb!" he shouted, waiving his .45-caliber semi-automatic handgun.

The gunman, Clifford Draper, then began clearing the room. Hearing the commotion in the library room next door was Lt. Lloyd Prescott, who was teaching a class for police officers. As he stepped into the hallway he noticed a gunman herding 18 hostages into a room. With a flash of insight, Prescott, who was dressed in street clothes, joined the group as the nineteenth hostage.

There was a five-hour standoff. Then the gunman began making preparations to execute one of the hostages.

At this, Prescott sprang to his feet, identified himself and shouted, "Everybody hit the floor!" The plainclothes officer then fired five shots at the gunman and subdued him.

One of the hostages was Michael Greer, who said" "I do believe Lloyd Prescott is a hero. Part of being a hero was his absolute humanity."

God dressed himself in street clothes of this world and joined us who are being held hostage to sin. On the cross, Jesus Christ defeated Satan and freed us from the power of sin. Are you grateful for Christ's becoming a man and dying for your sins? Today in prayer, praise Christ for His selfless, heroic act and freeing us from sin's power.

"Veiled in flesh the Godhead see; Hail, the incarnate Deity, Pleased as Man with man to dwell, Jesus our Immanuel!" - Charles Wesley

Dear Lord, we thank You for coming to Earth dressed in street clothes and dying for our sins so that we may have eternal life. In Jesus’ Name, Amen.
Posted by Ronald L Yahr, Jr at Monday, September 09, 2013