Where Did You Put A Light? 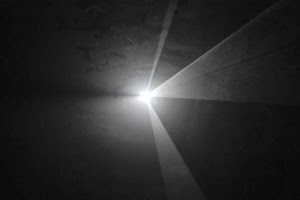 Job 30:26-27 (NIV)
26 Yet when I hoped for good, evil came;
when I looked for light, then came darkness.
27 The churning inside me never stops;
days of suffering confront me.

Years ago, after completing high school, a Christian girl managed to break into the work force.

The first day of work showed her she was hardly ready to deal with the things the "real world" was going to direct her way. The lurid language of her fellow employees, the ungentle jokes of her boss as well as the cruel comments made by almost everyone shocked her.

Shaken, she returned home and told her parents she wasn't going back.

Before she had finished sharing her lament, her father interrupted. It was something he seldom did. Dad asked, "Honey, where do you put a light?"

She stumbled in her one-person rant, thought for a second, and then decided to ignore what her father had asked. She continued to tell her parents about what she had endured.

Her topic-changing father asked again: "Where do you put a light?"

Exasperated, she replied, "Dad, what does that question have to do with what I'm saying? What do you mean? You put a light where it's dark."

Making use of the break in his daughter's litany of offenses she had endured, he quickly continued: "Honey, the Lord has put you into a place where you, a Christian, are being given the opportunity to reflect the light of Jesus. You are to shine His light into a dark place. Go to work tomorrow, and let His light be shown and shared with those folks in the darkness, so they can see Jesus. Your mother and I shall pray that their darkness will not undermine you or cause your witness of faith to flicker."

What an insightful father.

Unlike the weak and wimpy dads who are shown on TV, real Christian fathers have wisdom, insight, and a spirit of encouragement. For example, this father knew Job was right when he had said evil and darkness come and a man's life can be turned upside down by the cruelty of a sinful world.

But this Christian father also knew these things do not have the final word. Jesus does.

That's the fact he shared with his daughter. Then this particular father went one step further: he practiced what he was preaching; He reflected the light of the Savior into the darkness his daughter had encountered.

To counter and conquer the evil, the sin, the circumstance, we have been given a Savior. His perfect life, His innocent death, His victorious resurrection bring light and hope to defeat darkness and discouragement.

Each and every day we are being given the opportunity to reflect the light of Jesus. Lets show that light today.

Dear Lord, life can give us a fair share of nastiness. Enough of that stuff long enough can make things pretty dark. Give us the grace to see and walk in the light. In Jesus’ Name. Amen.
Posted by Ronald L Yahr, Jr at Monday, January 27, 2014