Where is Your Trust? 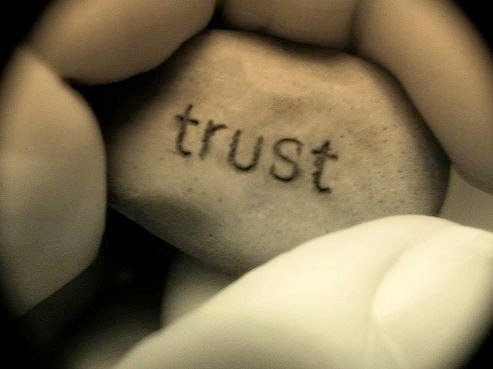 Proverbs 23:5 (NIV)
Cast but a glance at riches, and they are gone,
for they will surely sprout wings
and fly off to the sky like an eagle.

In 1988, William "Buddy" Post of Oil City, Pennsylvania, won $16.2 million in the Pennsylvania Lottery. The jackpot was to be paid to Buddy over a period of twenty-five years. Even before the first check arrived, Post's landlady sued, claiming she owned part of the winning ticket. The courts awarded her one-third of the proceeds. Meanwhile, Post and various relatives opened a bar, a used-car lot and other businesses, using the promise of lottery proceeds to come as capital. All the businesses failed. In 1993, his brother was convicted of attempting to kill Buddy and his wife in hopes of inheriting the lottery money. Post's sixth wife left him and filed for divorce, and Buddy was ordered to pay her $40,000 a year in support. In 1996, after falling $500,000 in debt, he filed for bankruptcy. "Money didn't change me," insists Post, a 58-year-old former carnival worker and cook. "It changed people around me that I knew, that I thought cared a little bit about me. But they only cared about the money." "I'm just going to stay at home and mind my p's and q's," he said. "Money draws flies."

There is no trust in money, it is fleeting and it does not bring us security. But trust in Christ brings eternal peace and security.

Where is your trust?

Dear Lord, thank You that we can trust in You. Help us seek after Your will today that we may bring honor to You in all we say and do? In Jesus’ Name, Amen.
Posted by Ronald L Yahr, Jr at Monday, July 14, 2014