What sounds are our ears trained to listen? 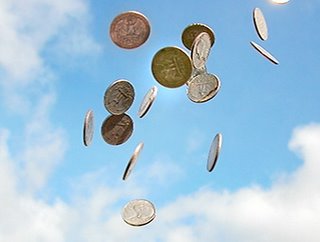 An Indian was walking in downtown New York City alongside a resident friend. As they approached a busy street corner in the center of Manhattan, the Indian seized his friend's arm and whispered, "Wait. I hear a cricket." "Come on!", the city boy sneered, "This is downtown New York -- how could you possibly hear a cricket?" His friend persisted however, "No - seriously, I do!"

As cars were roaring, horns honking, people shouting, brakes screeching, cash registers clanging, subway clamoring and people bustling about, the Indian began leading his friend along slowly, every now and again stopping and turning his ear toward the seemingly noiseless sound. At last, the Indian insisted they were near and proceeded to follow the sound across the street and toward a small dark corner next to a graffiti covered wall. There, he bent down to a minuscule tuft of grass and pulled out the cricket. "I told, you", he said, "I heard a cricket."

Astounded, the New Yorker marveled "How could you have heard that cricket in the middle of all this noise?" "Well", said his foreign friend, "My ears are different from yours. It simply depends on what you're listening to. Here, let me show you what I mean." He reached into his pocket and pulled out a handful of change --a couple of quarters, three or four nickels, and a dime and a few pennies. "Now," he said, "watch this." He held the coins waist high and dropped them to the sidewalk. At once, every head within nearly a block turned around and looked in the direction of the Indian.

"You see, It all depends on what you're listening to."

Let's ask the Lord to train our ears to hear the things of God today. We need to be listening for His direction in the hustle and bustle of this noisy and influential world or we will surely go astray!

Dear Lord, help us have our ears focused on You today. Help us be listening to Your words and not let the things of this world drawn You out. In the Name of Jesus, Amen.
Posted by Ronald L Yahr, Jr at Wednesday, July 06, 2016