What do you do with such a gift? 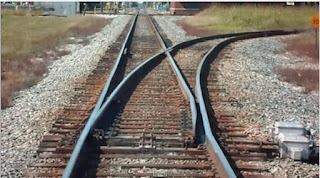 2 Corinthians 9:15 (ESV)
Thanks be to God for his inexpressible gift!

I  read a story about a Dutch pastor and his family who had been hiding Jewish people in their home during the second World War. One night, they heard the sound of heavy boots and the loud impatient knocking on the door. They were arrested and loaded into a cattle car. All night long, the pastor and his family rode along in anguish, knowing they were being taken to one of Hitler's concentration camps only to be separated from each other and likely killed.

Finally, the train stopped. The doors of the cattle car were opened. They were marched out and lined up beside the railroad tracks. But then something very strange happened. They discovered that they were not in a death camp at all -- they weren't even in Germany!

During the night a courageous employee risked his life and purposely tripped a switch which sent the train of prisoners to Switzerland, to their freedom. Instead of being marched to death, they were welcomed to new life. Wow. Thank you God. In the midst of his joy and relief, the Dutch pastor said, "What do you do with such a gift?"

We have been given a gift of redemption much more powerful than this! And what are we doing with such a gift? Let's start being about doing the work of the Kingdom!

Dear Lord,  we thank You for the great gift You have given to each of us. Help us make the effort to share it with all those we come in contact with. In the Name of Jesus, Amen.
Posted by Ronald L Yahr, Jr at Thursday, November 10, 2016