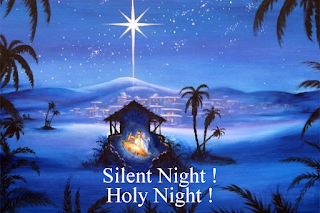 Luke 2:16 (ESV)
And they went with haste and found Mary and Joseph, and the baby lying in a manger.

The simple Christmas carol, “Silent Night”, has been recorded more than any other song in history. Yet, the fact that we know it at all is a real answer to prayer. Created out of necessity and performed in a tiny village on a solitary Christmas Eve, “Silent Night” owes its debut to an organ that wouldn’t play and a priest who wouldn’t hold a Christmas service without special music.

A 26-year-old Austrian priest, Joseph Mohr was making last-minute preparations for a special Christmas Eve mass that he had planned and prepared for months. As Mohr cleaned and readied the sanctuary on the very cold afternoon, he discovered the church organ wouldn’t play. The frantic young priest struggled with the old instrument for hours, but the organ remained as still as the dark winter night. Realizing there was nothing more he could do, Mohr prayed for inspiration. He asked God to show him a way to bring music to his congregation for the year’s most meaningful and important worship service. In answer to his prayer, the Lord brought to his mind a Christmas poem that he, himself, had written two years before. He dug the written words from his desk, shoved the worn paper into his coat pocket and rushed out into the cold night.

Joseph Mohr went to see the struggling young schoolteacher who played the organ at his church. He begged him to write some music for his poem. The organist prayed and was quickly inspired to write a simple tune to accompany the words of Mohr’s poem. Just after midnight, on Christmas 1818, Father Mohr and his organist stood in front of their church and introduced a simple little song. They never would have guessed that this song would be remembered not only the next Christmas in their small village, but almost two hundred years later, around the world.

Sadly, in 1848 Joseph Mohr died penniless before being recognized as the carol’s writer. He never knew that by the late 1800s “Silent Night” had been translated into more than twenty languages. In 1905 it was first recorded and by 1960, the carol was recognized as the most recorded song in music history.
Created to make a Christmas service more meaningful, “Silent Night” is as powerful and fresh today as it was on the first Christmas Eve it was sung in a little Austrian church. Few words have better captured the story of the Savior born in a manger than the simple words of “Silent Night”. The answer to the prayer of a young priest nearly 200 years ago.

Dear Lord, we thank You for the silent night of many years ago. We thank You because of the little baby we can have eternity with You. In the Name of Jesus, Amen.
Posted by Ronald L Yahr, Jr at Saturday, December 17, 2016