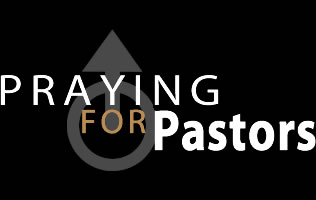 1 Corinthians 2:4-5 (ESV)
4 and my speech and my message were not in plausible words of wisdom, but in demonstration of the Spirit and of power, 5 so that your faith might not rest in the wisdom of men but in the power of God.

Most people have never heard of "Auntie Cooke", but I guarantee you that you'll get to know her in glory!  She arrived in Chicago in 1868 as a perfect stranger, but she immediately became involved in D.L. Moody's church when he was just thirty-one years old.  She described him years later, as a 'diamond in the rough', and someone who needed the divine unction and power.

During a camp meeting in 1871, she felt an intense burden to pray for Moody.  So, along with her friend, Miss Hawxhurst, Auntie Cooke began praying for him that he'd be filled with the anointing power of the Holy Spirit.  While Moody was unsure of this need, nevertheless, he asked the two ladies to meet with him every Friday afternoon and they began to earnestly pray.  Moody's hunger increased for the power of the Spirit and the Friday before the Great Chicago Fire, Ms. Cooke testified, "Mr. Moody's agony was so great that he rolled on the floor and in the midst of many tears and groans cried to God to be baptized with the Holy Ghost and fire."

It was shortly thereafter that Moody went to New York to raise funds for the rebuilding of the church that was destroyed in the fire.  While walking down Wall Street in New York, Moody was hit with power! In fact, Moody recalled how he cried, "Hold, Lord, it is enough!" Throughout his life, he reluctantly talked about that experience, but Moody testified how this was the turning point in his ministry.

Moody stated, "I went to preaching again, the sermons were not different; I did not present any new truths, and yet hundreds were converted. I would not now be placed back where I was before that blessed experience if you should give me all the world."

The lasting legacy of D.L. Moody's ministry was connected to two ladies that you'll never read stories about (except maybe, here) -- but whose own, lasting legacy is counted in glory!   Do you want to have a lasting legacy?  Become an intercessor!

Let remember to spend time interceding for our pastors, evangelists, spiritual leaders, to have the fire of God upon them!  Power only comes through prayer – and without any power – how are we going to change the world?

Dear Lord, help us to take the time each day to pray for our pastors, evangelist and other spiritual leaders each and every day. In the Name of Jesus, Amen.
Posted by Ronald L Yahr, Jr at Sunday, February 26, 2017