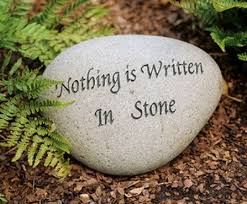 Proverbs 15:1 (ESV)
A soft answer turns away wrath,
but a harsh word stirs up anger.

In Matthew 18:15, Jesus said that if a brother or sister sins against you, you should go directly to that person and point at their fault—just the two of you.

This is the completely opposite of what we want to do when someone offends us.

Jesus proposed a different way—a better way—which involves us confronting the situation at the root of the problem.

So, how do you confront conflict? Here are three ways:

1.) Go immediately. Ephesians 4:26 says to not let the sun go down while we’re angry. Confront the conflict as soon as possible.

2.) Go directly. When you and a friend have conflict, it’s tempting to go to everyone but that friend! But Proverbs 11:13 says that a gossip betrays a confidence. God dislikes gossip and spreading rumors.

3.) Go humbly. It may not have occurred to you, but you might not be in the clear. Be willing to admit that you were wrong, and be humble. Humility looks good on everyone. Proverbs 15:1 says that a gentle answer turns away wrath, but a harsh word stirs up anger.

So, how do we deal with conflict in a healthy way? We go. We resolve the conflict immediately, directly, and humbly. And when we do that, it honors God and starts healing our hearts.

Dear Lord, we pray that we would deal with the conflicts on our life now. Help us find ways to make things right. I the Name of Jesus, Amen.