There’s a reason for your existence. 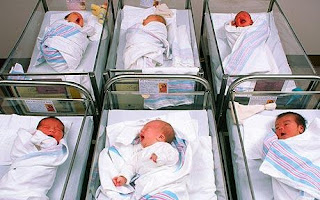 Isaiah 44:2 (ESV)
Thus says the Lord who made you,
who formed you from the womb and will help you:
Fear not, O Jacob my servant,
Jeshurun whom I have chosen.

She had never met him before, but she cared for him as if he was the most important person in the world.

Ann* knew she was going to be a single mother in eight months. While she regretted the unfortunate decision that produced the baby inside her, she didn’t begrudge the fact that new life was being produced by her. She ate healthy, got sufficient rest, avoided substances that could harm her and her child, visited the doctor regularly, watched her weight, and took vitamins. All things an expectant mother should do to ensure a healthy baby. Nine months later, Sam* entered the world. A healthy boy with shining skin and smile to match. Ann’s not sure what his purpose is yet, but she’s confident God has one.

Like Sam, my birth wasn’t a product of fate or evolution either. God was in control of when I entered this world and had a plan for what I’d do when I did. Fate doesn’t control my existence. While my parents had a role in my birth, they were only instruments in the hands of a mightier Power. Many children are accidents from a parent’s perspective but never from God’s. He can take a human accident and make a masterpiece from it. In fact, there aren’t any accidents in God’s plan.

The first humans were placed on earth for a reason, and everyone since then has followed suit. I’m in the mix. I have purpose. There’s a reason for my existence. God has work for me to do, people for me to influence, and blessings for me to enjoy.

Have you discovered the purpose for which you were born?

Dear Lord, may we be the clay in Your hands, allowing You to mold our minds, wills, and emotions that they might fit into Your purpose. In Jesus’ Name, Amen.
Posted by Ronald L Yahr, Jr at Thursday, September 24, 2015