If a hymn die, can it live again? 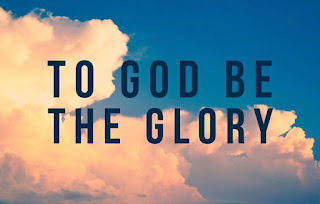 If a hymn die, can it live again?

The life-story of “To God Be the Glory” proves that the answer is “yes!”

Originally composed in America sometime before 1875, it was almost immediately forgotten in its native land.  In 1954, however, “To God Be The Glory” was rediscovered and acclaimed as a new favorite

We introduced the hymn during the early days of those meetings in Harringay Area, England.  As a result, Billy Graham asked that we repeat it often because he was impressed with the enthusiastic participation of the audience.  In the closing weeks of the crusade it became our theme hymn, repeated almost every night.

The words well expressed our praise to God, who was doing wondrous things in Britain. Of all the songs that have been popularized through crusade activity, we are most happy about this one. —Cliff Barrows

Dear Lord, thank You for the great songs that You have given to us. In the Name of Jesus, Amen.
Posted by Ronald L Yahr, Jr at Friday, October 20, 2017

Email ThisBlogThis!Share to TwitterShare to FacebookShare to Pinterest
Labels: hymn, To God be the Glory