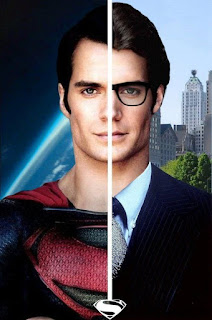 
For by you I can run against a troop,
and by my God I can leap over a wall.

I remember watching Superman as a young man and thinking how cool it was how quickly and easily Clark Kent turned into Superman. Pretty much the transformation was instant.

Wouldn't it be cool if losing weight was like that? All you would have to do is spin around, God would zap you, and all of the weight would disappear. But it doesn’t happen that way.

Instead God gives you the endurance to run against troops and leap over walls. That’s what King David discovered.

David wrote in the scripture after God delivered him from King Saul, who had been trying to kill him for years. Even though David had defeated Goliath and God had anointed him King over Israel, he still had to fight battles before he could claim what was his.

A strong, healthy body is yours. But you will have to fight for it. Scripture tells us that we do not fight against flesh and blood but against principalities and powers (Ephesians 6:12).

God has strengthened you with the endurance to run against troops, like your habits of the past.

The way you can run with endurance is by giving yourself a vision of what you are running toward, keeping a clear picture of your future healthy self in your mind’s eye at all times.

God has given you the ability to leap over walls, like your fears and limiting beliefs.

For example, you might have the fear of failure to leap over. But if you consider failure as a learning opportunity to grow, then you never fail.

Or you might have a fear of success. You might fear if you lost weight, you wouldn't fit in with family or friends anymore.

But leap over that fear by recognizing that every person is responsible for him or herself. The best thing you can do for them is to be a good example and demonstrate that there is a better way to live.

Dear Lord, help us to recognize that You have given extraordinary abilities to us.  Help us every morning by faith use them in our daily decisions.  In the Name of Jesus, Amen.