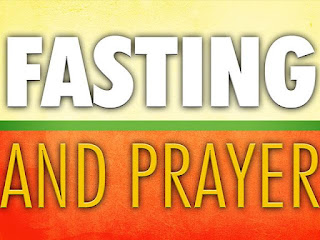 Daniel 1:8-20 (ESV)
8 But Daniel resolved that he would not defile himself with the king's food, or with the wine that he drank. Therefore he asked the chief of the eunuchs to allow him not to defile himself. 9 And God gave Daniel favor and compassion in the sight of the chief of the eunuchs, 10 and the chief of the eunuchs said to Daniel, “I fear my lord the king, who assigned your food and your drink; for why should he see that you were in worse condition than the youths who are of your own age? So you would endanger my head with the king.” 11 Then Daniel said to the steward whom the chief of the eunuchs had assigned over Daniel, Hananiah, Mishael, and Azariah, 12 “Test your servants for ten days; let us be given vegetables to eat and water to drink. 13 Then let our appearance and the appearance of the youths who eat the king's food be observed by you, and deal with your servants according to what you see.” 14 So he listened to them in this matter, and tested them for ten days. 15 At the end of ten days it was seen that they were better in appearance and fatter in flesh than all the youths who ate the king's food. 16 So the steward took away their food and the wine they were to drink, and gave them vegetables. 17 As for these four youths, God gave them learning and skill in all literature and wisdom, and Daniel had understanding in all visions and dreams. 18 At the end of the time, when the king had commanded that they should be brought in, the chief of the eunuchs brought them in before Nebuchadnezzar. 19 And the king spoke with them, and among all of them none was found like Daniel, Hananiah, Mishael, and Azariah. Therefore they stood before the king. 20 And in every matter of wisdom and understanding about which the king inquired of them, he found them ten times better than all the magicians and enchanters that were in all his kingdom.

Fasting is a practice of giving up something you love, or something you depend on, for a period of time so that you can prioritize your relationship with God.

Fasting is a way of saying, “God, I love you more than anything else in my life. I don’t want to be wrapped up in anything else.  I want my life to come from You and You alone, and because of that I’m going to abstain from _________, to remind myself that I need to depend on you and refocus on our relationship.”

We can fast from anything - food, media, technology.  Probably best if it isn’t homework, showering or chores!  Most often people choose to fast from foods, especially during the season of Lent. Sometimes a food fast is for a specific amount of time from all food or meals – other times is can be foregoing specific kinds of food for a period of time.  But what’s most important about a fast is NOT what’s being abstained from and more the heart behind what’s motivating the fast.  We don’t fast from food to lose weight, and we shouldn’t fast just because other people are doing it.  A fast isn’t truly a fast when it’s not driven by a personal desire to grow closer to God.  Without that motivation, fasting is nothing more than a poorly planned (and often poorly executed) diet.

Daniel 1 tells a great story about some guys that fasted as a way of proving that God’s ideas were better than their king’s (a guy named Nebuchadnezzar). Read this story today and notice how God blessed these guys for the approach they took to a difficult situation.

Disclaimer: This story should show the mentality we should have when we fast. Fasting from certain things won’t make you bigger, better, faster, or stronger.  We fast so that God can be made greater in our lives, and that’s exactly what happens in today’s passage!

Dear Lord, we pray that we would strive to make You greater in our life.  When we fast help us to do it because out heart wants to not because those around us are doing it. In the Name of Jesus, Amen.

Email ThisBlogThis!Share to TwitterShare to FacebookShare to Pinterest
Labels: fasting