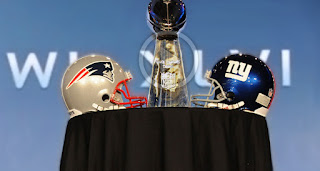 
As we take a break from the action on the field I want to look at a man that made a real difference this football season. He didn’t get his team to the Super bowl but he got his Lord and Savior talked about every week.


Every week, Tebow would pick out someone who is suffering, or who is dying, or who is injured. He flew these people and their families to the Broncos game, rented them a car, put them up in a nice hotel, bought them dinner (usually at a Dave & Buster's), gave them and their families pregame passes, visited with them just before kickoff , gave them 30-yard-line tickets down low, visited with them after the game (sometimes for an hour), then would walk with them to their car, and sent them off with a basket of gifts.


He did this Home or road, win or lose, hero or goat.


After Tebow stunned the Pittsburgh Steelers with an 80-yard OT touchdown pass to Demaryius Thomas in the playoffs  and Twitter was exploding with 9,420 tweets about Tebow per second.  When an ESPN poll was naming him the most popular athlete in America?


Tebow was spending that hour talking to 16-year-old Bailey Knaub about her 73 surgeries so far and what TV shows she likes.


Even though John 3:16 the Bible verse that Tim Tebow once painted in tiny script onto his eye black until the National Football League barred all such personal messages. John 3:16 showed up in a mighty way.


On that day Tim Tebow nonetheless delivered that Biblical message to the masses Sunday during an overtime victory against the Pittsburgh Steelers. The score was 29-23. But the game was significant for other game-time numbers: He passed for 316 yards, and set an NFL playoff record with 31.6 yards per completion. Time of Possession 31 Minutes 6 Seconds… And the Broncos-Steelers OT Scored a 31.6 Television Rating.


As Christians, John 3:16, is our single most important verse in the Bible. "For God so loved the world that He gave His one and only Son, that whoever believes in Him shall not perish but have eternal life."


Immediately following the win in Pittsburgh, John 3:16 was the most Googled searched term for much of Sunday evening and into Monday morning.


Oddly enough, Tebow himself did not seem to make a connection between his game stats and the Bible verse that he used to paint in white under his eye. But sports fans and non-sports fans alike tried to make sense of the statistical coincidences and took time to brush up on the Bible.


But he did praise the Lord, just as he has done throughout his career, a practice that has gained him plenty of fans and critics. "First and foremost I just want to thank my Lord and Savior, Jesus Christ. He’s done so much in my life," Tebow said to the media after the game.


Although he can no longer paint John 3:16 on his game face, he did open the door for Focus on the Family to run a TV ad the very next week featuring children explaining John 3:16. Because Tim Tebow is consistent with his faith over 50 million people saw John 3:16 on National Television. As much as Tim wants to win football games Im sure that he was smiling knowing that God’s love was be proclaimed on TV for all to see.


Tim Tebow is a thankful person. From the time of his birth, a birth doctors suggested should have never happened due to medical concerns for his mother, to his amazing “odds” defying the critics that said he could never make it in the NFL, Tim Tebow has seen firsthand what faith in Jesus Christ combined with his own hard work and dedication can do. His heart is filled with gratitude to the One who has been with his family every step of the way. Out of his gratitude to God, he gives thanks.


The challenge tonight is to work hard and do your very best in everything you do and always give God the glory for all He does for you.


Dear Lord we pray that today we would make it our goal to always do our very best, give it our all and Always give You the glory and honor no matter the results.