God Will Show the Way if Our Eyes Are Open. 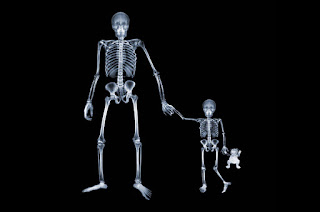 Hebrews 12:2 (NIV)
fixing our eyes on Jesus, the pioneer and perfecter of faith. For the joy set before him he endured the cross, scorning its shame, and sat down at the right hand of the throne of God.

Mary LaGrange, of Greenfield, Wisconsin was concerned when her brother George was admitted to the hospital to have laser surgery on his lower eye lid. Frank had had a previous surgery on that eye lid because of a bout with cancer, and the laser had removed a small portion of lid and his eye lashes. Now his eye was becoming irritated, and the doctor wanted to do the procedure again.

“George was not comfortable about having a second surgery,” says Mary, “so we prayed that someone would help him make the right decision.”

On the evening he was admitted, George was still pondering, when a doctor came into his room. “Are you George LaGrange?” the doctor asked.

“I am,” George responded.

More pictures! George had never seen this physician before, and he still wasn’t convinced he was going to have the procedure. But he followed the doctor down the hospital hallway to a door at the end. The door didn’t open easily, and the doctor had to fiddle with the doorknob, as if he didn’t know how to use it. But there were the x-ray machines in the room, and the doctor set everything up, and took the pictures. “You know,” George said, as the session ended, “I’m not really sure I need this treatment.”

“Well, it’s up to you,” the doctor pointed out. “You can do it, but in my opinion, it’s really not necessary. The condition could very well clear up on its own.” “Really?” George was surprised. No one else had mentioned this possibility. When the doctor left, George returned to his pondering. By the time the nurse came in that morning, he had made his decision. “We had asked for someone to give us some advice,” says Mary, “and that’s what we received. George decided not to have the surgery, and he went home feeling very relieved.”

About a week later George stopped in at the hospital accounting department. He wanted to see if that last set of x-rays would be covered by his insurance. But a surprise awaited him. There was no record of any extra pictures taken. “Are you sure?” George asked. “Maybe they’re lost.” “What was the doctor’s name?” the woman asked.

George hadn’t noticed him wearing any identification. And there was no record of his visit to George either.

The bills never turned up---and George was never bothered by his eye condition again. “The whole experience was amazing,” Mary says. She won’t forget to ask for help the next time.

Are you trusting God in all the decision you have to make each and every day? Keep your eyes open to see what God has for you today.

Dear Lord, we pray that we would completely trust You in all things. We thank You for the way You work in our life when Our eyes are open to You. In Jesus’ Name, Amen.