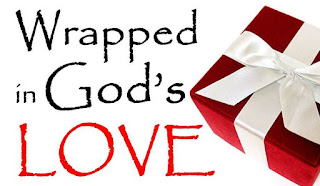 Romans 6:23 (ESV)
For the wages of sin is death, but the free gift of God is eternal life in Christ Jesus our Lord.

The following true story relates to a man who went from England to America, and thence to Cuba. He had not been in Cuba long before the Cuban war of 1867 broke out, and he was arrested as a spy. He knew nothing about what he was arrested for, as he could not understand a word of Spanish. He was court-martialed and ordered shot. When he realized his peril, he sent for the American and English consuls, and laid the case before them.

The consuls looked into the case, and found that he was perfectly innocent. They went to the Spanish authorities, and endeavored to secure his release; but the Spanish officers said: "He has been tried by our law, and found guilty. The law must take its course, and the man must die." There was no submarine cable then, hence the consuls could not telegraph to their governments, and they had not time to write and get an answer back.

When the morning set for the execution came, the condemned man was brought out. A grave had been dug, and a coffin placed beside it, and the man took his seat upon the coffin. Then the black cap was pulled over his head. There stood the Spanish soldiers, awaiting orders to fire; but at that moment the American and English consuls rode up, and jumping from their carriage, ran and wrapped the Star-spangled Banner and the Union Jack around the man, and turning to the Spanish officer, said, "Fire on these flags if you dare." He did not dare. There were two great governments back of those flags.

If you will but accept Christ as your Savior, God will forgive all your sins and wrap the flag of mercy around you, and sin and death will no longer have power over you.

Dear Lord, we thank You for the flag of mercy that You will wrapped around us so that sin and death doesn’t have power over us anymore. In the Name of Jesus, Amen.
Posted by Ronald L Yahr, Jr at Friday, April 22, 2016