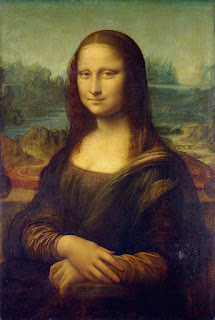 
But when they heard it, they went away one by one, beginning with the older ones, and Jesus was left alone with the woman standing before him.

I had a friend that called this the “Mona Lisa smile” story. Just as we might ask, “What was Mona Lisa mysteriously smiling about?” we may wonder, “What did Jesus mysteriously write on the ground?”

But now let’s focus on the reaction of the accusers to Jesus’ famous words: “If any one of you is without sin, let him be the first to throw a stone …” John notes, “At this, those who heard began to go away one at a time, the older ones first …”

Why the older ones first? Perhaps they got the point first! As I have gotten older I have observed that older people often, though certainly not always, are more aware of their failures, more steeped in God’s grace, and therefore less judgmental. Are they more sinful than others? Probably not. Have they failed more? If so, only because they’ve lived longer. But they do, as a general rule, see their sin more clearly. Maybe it’s because they’ve tried so long to overcome the tough ones, while younger people are still confident that they can conquer their weaknesses.

I praise God for the confidence of youth. It restores my hope. But I praise God too for older people who are sensitive and honest about themselves—and often less judgmental as well. It’s a sign of seasoning long under God’s grace, growing widely within his forgiveness, gently mellowing in his mercy.

Dear Lord, we pray today that whether we are young or old, we will be honest about our sin and secure about Your grace. In the Name of Jesus, Amen.