A Kind Word Can Change the World 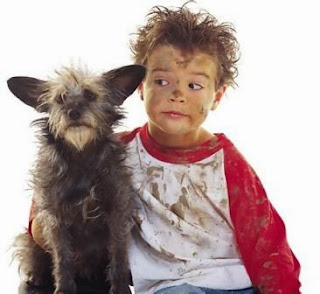 Ephesians 4:32 (NIV)
Be kind and compassionate to one another, forgiving each other, just as in Christ God forgave you.

A successful businessman, addressing the commercial club of his city, told a story in his after-dinner speech. It was the story of a boy named Jim, who was an orphan and the laughing stock of the whole town. He was twelve years old, slim and undersized. He never remembered having a kind word spoken to him in his whole life. He was accustomed to harsh words, suspicion, and rebuffs, and as a result became a shrinking, pitiful little figure, dodging people. And the more he dodged people, the more suspicious they became.

The only earthly possession of which Jim could boast was a dog that
cringed and shrank almost as much as his master and was as much hated. Jim was not cruel to his dog except in words - and that is really the worst form of cruelty, even to a dog. A harsh, unkind word can cause more misery, heartache, and anguish than actual physical cruelty. A cruel, unkind tongue cuts like a sword.

One day as Jim walked down the street, he saw a bundle slip from the overloaded arms of a little lady just in front of him. As she stooped to pick it up, the others rolled down. Jim sprang to her assistance, gathering up the bundles and replacing them in her arms. "Thank you, dear; you are a nice little boy," she said kindly, and went on her way after giving him a bright smile.

Jim was amazed; a queer choky feeling passed over him. These were the first kind words he had ever heard in his whole twelve years of existence. He stood and stared after her. He knew that she was the busy little dressmaker who lived in a small cottage on the outskirts of town. He watched her until she was out of sight, then he whistled to Tige and made straight for the woods and a stream that wound around the town.

He sat down on the bank of the stream and did some thinking. "Thank you, dear; you are a nice little boy," he pondered.

"Come here, Tige," he commanded, and Tige slunk to his feet. Then Jim lowered his voice in imitation of the little faded lady and said, "You are a nice little dog." The effect on Tige was electrical. He pricked up his ears, and if a dog could stand at attention, Tige did. "Uhum! Even a dog likes it," said Jim. "Well, Tige, I don't blame you; it is nice. I won't holler at you anymore." Tige wagged his tail joyously.

The boy continued to think, and the dog sat and watched him. Finally the boy pulled from the odds and ends in his pockets a piece of broken mirror and looked at himself. He saw nothing but grime and dirt, the accumulation of many days. He went down to the water's edge and scrubbed it off carefully, almost painfully. Then he looked again. He scarcely recognized himself. He was surprised. He stood erect and looked up instead of down for the first time since he could remember. He distinctly liked the sensation. A feeling of self-respect awoke within his being. Ambition sprang full-grown into life. At that moment the course of his life was changed; a determination to be worthy of the kind words spoken to him by the little dressmaker, and to pass them on, took possession of his soul.

If each of us would learn the lesson: "Be ye kind." What a difference it would make in our world.


Dear Lord, we pray that we would take the time to say a kind word to those around us. Help us to hold our tongue when we are about to say something that will tear someone down instead of building them up. In Jesus’ Name, Amen.
Posted by Ronald L Yahr, Jr at Friday, November 01, 2013

Email ThisBlogThis!Share to TwitterShare to FacebookShare to Pinterest
Labels: Kindness