Kindness and the Making of a Missionary 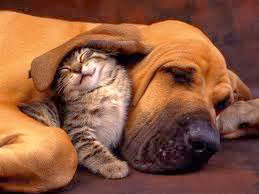 Ephesians 4:32 (NIV)
Be kind and compassionate to one another, forgiving each other, just as in Christ God forgave you.

Recently I read a story about kindness and how it turned a life into a real tool for God.

If they gave out "Most Likely to Fail" awards in high school, Doug Nichols would have been handed his even before the vote.

Born in 1942-the same year his father left home for another woman-Doug was raised by his mother and grandfather. Before long he was known as a troublemaker, something that earned him a high school diploma six months earlier than his classmates.

"Hey Doug," said the principal one day, "have I got a deal for you!"

The tall skinny teen stood before his superior uneasily, wondering if the deal included a firing squad.

"You promise not to come back after Christmas, and I'll give you your diploma now."

By the time he entered college, Doug was majoring in two subjects: women and alcohol. His late-night exploits were well known, his reputation widespread. You want fun, talk to Nichols. Whatever he does, he holds nothing back.

One night during finals week, he returned to his room from a night on the town. With the help of both walls he stumbled down a long and shifting hallway.

There stood a classmate, Hank Jaegers.

"Hey, Doug," said Hank, "how about some coffee?" Inside Jaegers's room, between long sips of very thick liquid, Nichols listened as his new friend told him an old, old story. The story of Someone who would rather die than live without him. The coffee sobered Doug. The story changed his life. He sat in a folding chair, shaking his head. Jesus loves me? At 4:30 in the morning in a small dorm room in California, Doug got on his knees and asked God to change him for good. "I was full of coffee," he recalls, "but I understood that Jesus died so I could live with Him, so I trusted Christ."

For the first time in his life, Doug had a Father. The adventure had just begun. The next morning, the new convert to Christianity armed himself with a huge black Thompson Chain-Reference Bible, but soon discovered a problem. His marks had been slipping ever since kindergarten, and he couldn't read a paragraph. One year later a letter arrived from Hank Jaegers. He was studying at Prairie Bible College in Canada. "Why don't you join me?" Asked Hank.

But Jaegers had no idea what it would cost his friend. "By that time I was engaged to be married," says Nichols, "and my fiancée's father told me to make a choice. I could stay in California and have a brand-new Cadillac, a fancy house, and a prosperous business. Or I could go to Bible College up with the polar bears." When Doug decided on the latter, his fiancée turned her back and dumped him. "That Cadillac's in a junkyard somewhere," he laughs. "And I don't know about the girl."

His poor reading and writing skills nearly did him in at Bible college. But in 1966 he somehow made it to graduation, set his determined face toward the mission field, and ran smack into a major barrier. His soiled past and poor marks in school caused thirty mission agencies to turn him down. Finally one called Operation Mobilization said yes. "OM accepts anyone," jokes Nichols.

While learning the Tagalog language, the frustration continued. "Doug," said a teacher after hours of frustration, "do you know what `walang utak' means?"

But Doug was smart enough not to quit. During twenty years in the Philippines, together with his Bible college sweetheart, he learned a new language, started churches, and founded a new mission, Action International. Today its 130 missionaries feed, clothe, and love thousands of street children around the world, and Doug is on the front line in the fight against AIDS in Africa.

One day Doug was preaching in India and he began to cough. Diagnosed with acute tuberculosis, he was sent to a sanatorium to recuperate. Surrounded by starving and dying patients, he wondered how this could ever turn out for the good. Meanwhile, back in Canada, students at Prairie passed a hat around a room, collected about three hundred dollars, and sent it to Doug in an envelope. Nichols sneaked out of the sanatorium with the money and bought as much food as a shop owner could fit into his truck. Then Doug asked the man to back the truck up to the door of the sanatorium, and Nichols watched in delight as the patients hungrily devoured bread and jam and fruit.

But when he offered them gospel booklets, they refused. Dejected, the young preacher began to despair. One night as he lay awake, unable to sleep because of a raspy cough, he noticed an old man trying to leave his bed, only to fall back, exhausted and crying. The stench from the old man's bed the next morning brought loud insults from fellow patients. He had been unsuccessful in trying to get up and go to the restroom. Nurses roughly changed his bedding. One slapped him. Nichols watched as the old man curled up in a ball and wept.

The next morning about 2:00 A.M., Doug awoke again. The old man was trying to get out of bed. This time, without thinking, Doug left his bed, lifted the frail patient and carried him to the bathroom. When he had finished, Doug carried him back to bed. Jabbering in a language Doug did not understand, the old man smiled profusely, then kissed him gently on the cheek. In the morning, Doug awakened to a steaming cup of tea served to him by another patient who spoke no English. After serving the tea, the patient motioned to Doug that he would like a booklet.

"Throughout the day," says Doug, "people came to me, asking for gospel booklets."

There were nurses. Doctors. Hospital interns. Over the next few days, several came 'by to tell Doug that they had made the same decision he had one coffee-soaked night in California.

"I simply took an old man to the bathroom," smiles Doug. "Anyone can do that."

What act of kindness will you do today that will bring someone to the Lord? People all around us are looking for kindness, just to know that they are loved.

Dear Lord, help our eyes be open today for the opportunity You will place in front of us to show your Love with a kind deed. In Jesus’ Name, Amen.
Posted by Ronald L Yahr, Jr at Saturday, November 02, 2013