Recapturing the heart of the prodigal 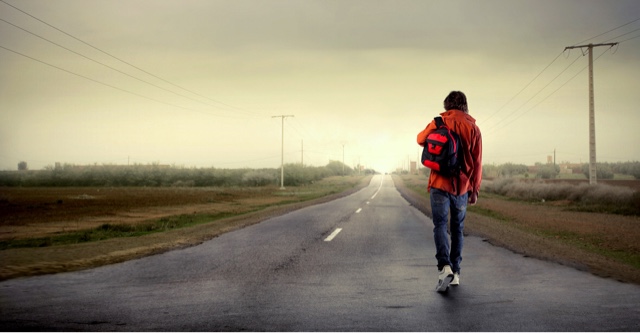 Daniel 12:3 (ESV)
And those who are wise shall shine like the brightness of the sky above; and those who turn many to righteousness, like the stars forever and ever.
Most people have never heard of the first overseas missionary from America to Burma, Adoniram Judson. Judson was a brilliant man who learned to read when he was only 3. He went to college when he was just 16. He graduated valedictorian of his class at the age of 19. He was the son of a pastor, having been raised with Godly values, however while in college, he met a student named Jacob Eames, a deist who denied the miracles of the Bible. By the time Judson finished college he had turned completely from the Lord. For a short while, he lived a vagabond and reckless life, until a series of God-incidences turned his life inside out.
During this time, he left to visit his uncle, but instead, unexpectedly encountered a pious young man who amazed him by his strong Christian convictions, yet without being austere or dictatorial. The Lord placed this young man in the path of Judson to recapture the heart of the prodigal.
The very next night, he stayed at a small village inn where he had never been before. The innkeeper apologized that his sleep might be interrupted because a critically ill man was staying in the next room. The following day, as Judson was leaving, he asked the innkeeper about the sick man, and was informed that the man had passed during the night. Judson then asked the innkeeper, “Do you know who he was?” The man replied, “Oh yes. Young man from the college in Providence. Name was Eames, Jacob Eames.”
Upon hearing it was his old friend that just passed, Judson could hardly move. He stayed there for hours pondering death and eternity. He thought, if Jacob Eames was right, then his death was just a meaningless event. Judson could not believe it, and said, “That hell should open in that country inn and snatch Jacob Eames, his dearest friend and guide, from the next bed-this could not, simply could not, be pure coincidence.”
From that moment forward, Judson knew God was real. He rededicated his life and became a missionary in Burma for nearly 40 years. Before he died, he translated the Bible into Burmese, and planted over 100 churches.
Perhaps God will place someone in your path today because He wants you to be a light so that his or her life might be turned around! With the greatest harvest fast approaching, each of us is called to the mission field – the one right outside our door!
Dear Lord, we pray that You would bring someone in our path today so that we can share your love with them. In the Name of Jesus, Amen.
Posted by Ronald L Yahr, Jr at Saturday, October 01, 2016