The Art of Encouragement. 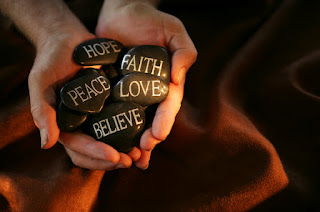 Hebrews 3:13 (New International Version)
But encourage one another daily, as long as it is called “Today,” so that none of you may be hardened by sin’s deceitfulness.

A well-known preacher visited a school in England and spoke to the boys. A few days later the preacher received a letter from one of the boys which read, "A wonderful thing happened as a result of your talk. Yesterday our form master actually praised our work - a thing never known before. Can you come again and have a go at the headmaster? We might get an extra half-holiday.

And a man thought his boss was going 'funny' for he actually said "thank you" that morning - the first time he had said that for years.

There are countless people in every walk of life who are never recognized or encouraged no matter how hard they try. Often that lack of appreciation is the last straw. Yet many think that to give a word of praise may cause the recipient to get a swollen head.

Most people will put a good deal of effort into all they do if now and again someone says: "Well Done" or "Thank you." But if those words are never spoken, if there is no sign that the effort put into something is appreciated, it's impossible to do ones best continuously. Perhaps people think that a job well done is a reward in itself, and that may be so if the work is routine and the salary is good. But for many who give of their time and talent without financial recompense, such as voluntary social workers, then those words of encouragement and appreciation are often the only reward.

It is sometimes suggested that it may embarrass people to be thanked, and certainly the patronizing friend who is always telling us how good it was can come on a bit heavy at times, but we all know one or two people who could help the cause considerably with a little more recognition, encouragement and thanks.

We could all stand a good deal of so-called "embarrassment." The sudden shock of finding one's efforts are appreciated is seldom fatal.

Dear Lord we pray today that we would take the time to compliment or encourage somebody today. In Jesus’ name, Amen.

Email ThisBlogThis!Share to TwitterShare to FacebookShare to Pinterest
Labels: encouragement