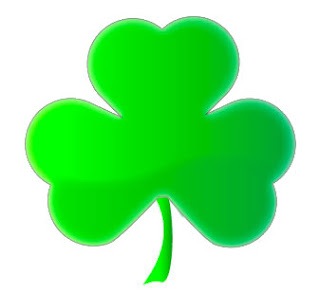 Psalm 52:8-9 (King James Version)
8 But I am like a green olive tree in the house of God: I trust in the mercy of God for ever and ever. 9 I will praise thee forever, because thou hast done it: and I will wait on thy name; for it is good before thy saints.

St Patrick was born in Britain in the 4th century AD.  It is believed that as a young man, Patrick was kidnapped and taken into slavery to Ireland.  He claimed that his escape from Ireland and his eventual return to Britain was based upon God’s instructions, given to him in a dream.  After his return to Britain, he began to study for the Catholic priesthood.

Later in life, as a Catholic bishop, Patrick said that he was called to return to Ireland to win over the Irish who held a belief in many Gods.  It is believed that he used the shamrock to illustrate the doctrine of the trinity.

As we see the “wearing of the green” on this St Patrick’s Day, let all of us be reminded of our life based upon God’s mercy to us.  Once reminded of God’s mercy shown to us, let’s appreciate His workings by taking advantage of the opportunities that He places before us.   When we have the opportunity, let’s be a good example and encouragement to others who have trusted in Christ.  This means being careful, even on St Patrick’s Day, to set a Godly example of holiness in living as others see our lives of faith.

Dear Lord we pray that we will always remember the great things You have done for us. As we see all the green today let it remind us of Your mercy You have shown to us. In Jesus’ name, Amen.