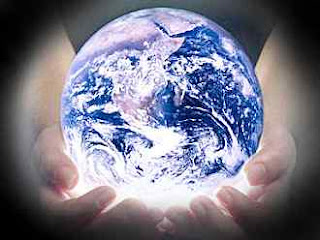 Lynette Mohammed has learned to find joy in the midst of life's trials. If you had asked Lynette two years ago who her best friend was, she wouldn't have skipped a beat. It was Boyie, her husband of twenty-four years. The two had met as youngsters in Trinidad, West Indies, and Boyie had been her first and only boyfriend. After they married, the two did everything together. They were the epitome of a couple in love with Jesus and each other.

Boyie and Lynette lived in Brooklyn with their two children, who were in their early twenties. Every day, Boyie went off to work in downtown Manhattan. The view of the city was breathtaking from the ninety-third floor of Tower One of the World Trade Center, where he worked. He was there on September 11, 2001, when both towers collapsed from a terrorist attack.

Both Boyie and Lynette were dedicated followers of Christ and members of the Brooklyn Tabernacle. I spoke to Lynette two days after the attack, searching for the right words with which to comfort her. Although Mayor Rudolf Giuliani still held out hope for possible survivors, things looked pretty grim. Lynette had already accepted the fact that her husband would never come home again. She had lost her best friend.

One Sunday Lynette and her daughter stood on the platform together as the entire Brooklyn Tabernacle called on "the God of all comfort" to help our sister and give her consolation.

Lynette struggled most at night when she was alone in her bedroom. Without Boyie, the house seemed strange, and it was filled with painful reminders. Friends spoke almost daily with Lynette, and one day her pastor called to find out how she was doing.

"Pastor, thanks for calling," she replied. "The Lord has been so good to me." Her voice and spirit seemed strong and vibrant.

"The other night the most wonderful thing happened. I couldn't sleep, so I went into the living room to spend time with the Lord. I sat in his presence and told him how hard it was to carry on without my husband. Oh Pastor, his Spirit came to me as I was sitting there, and he flooded me with not only peace, but his joy also. I began singing and worshiping God there in my living room as if I was in a sanctuary filled with other Christians. Oh Pastor, God has been so good to me!"

Her pastor was stunned. He was the one who had called to encourage Lynette, and here she was, lifting his spirits. The fullness of her joy flooded over into his life, and he praised God for his faithfulness and tender care. Lynette needed all that comfort and more in the months that followed.

Just as she was healing from the tragic loss of 9/11, Lynette was contacted by the city with news that her husband's "body" had been found. This news took Lynette back to a painful time, but she carried on with stamina and a cheerful heart.

To make matters worse, Lynette's grown son had been troubled by deep emotional problems for several years. Though the family was gravely concerned for him, no one anticipated that he would commit suicide only months after his father's tragic death. Once again Lynette's heart was shattered. But the same God who comforted her after the loss of her husband consoled her again at the loss of her son.

If you visit the Brooklyn Tabernacle, you will find Lynette serving in the hospitality ministry. She is one of the folks who makes the long Sunday schedule easier on the pastoral staff, the musicians, and any special guests present.  Though she has an attractive, youthful appearance, her smile is what stands out. Whether serving food or greeting guests, she fulfills, through supernatural grace, the wise word spoken by Moses long ago: "You are to rejoice before the LORD your God in everything you put your hand to" (Deuteronomy 12:18).

We need to follow Lynette's example so that we, too, follow the counsel of Scripture. It is not enough to rejoice once a week in church or when our circumstances seem rosy. Like Lynette, we must rejoice in the Lord in everything we put our hands to.

Dear Lord, we pray that we would follow Your leading from the Bible to put everything in Your hands. Make it a priority in each of our life. In Jesus’ Name, Amen.
Posted by Ronald L Yahr, Jr at Tuesday, May 28, 2013