Now is the time to let God move 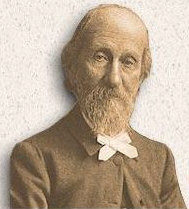 2 Chronicles 7:14  (ESV)
If my people who are called by my name humble themselves, and pray and seek my face and turn from their wicked ways, then I will hear from heaven and will forgive their sin and heal their land.

For some years, Rev. Andrew Murray, Sr., longed and prayed for revival in South Africa. Every Friday night he spent several hours in prayer. The revivals of 1858 in the United States and 1859 in Northern Ireland were reported in the Dutch Reformed journals. A little book on "The Power of Prayer" was published. Individuals and prayer groups in various places across South Africa began to pray specifically for revival.

In April 1860, a conference attended by 374 was convened at Worcester, South Africa. Representatives of twenty congregations-sixteen Dutch Reformed, plus Methodist and Presbyterian gathered. The main topic was revival. Andrew Murray, Sr., was moved to tears and. Had to stop speaking. His son, Andrew Murray, Jr., prayed with such power that some say the conference marked the beginning of the revival.

Fifty days after the Worcester conference, revival fires began to burn. In Montague, near Worcester, a prayer revival began in the Methodist church. Prayer meetings were held every night and on Monday, Wednesday, and Friday mornings, sometimes as early as 3:00 A.M. People who had never prayed before began to pray. One evening God anointed a young girl to pray. Young and old began to cry to God for mercy and continued until midnight. As Dutch Reformed people left their prayer meetings, they crowded into the Methodist church.

For weeks, the village of Montague experienced great conviction of sin. Strongmen cried to God in anguish. Six prayer meetings were going on throughout the village. The report reached Worcester, and prayer meetings began there as well. Whole families, both European and native African, were humbled before God.

One Sunday evening, during the youth fellowship meeting, an African servant girl arose and asked permission to sing a verse and pray. The Holy Spirit fell upon the group and she prayed. In the distance, there came a sound like approaching thunder. It surrounded the hall, and the building began to shake. Instantly everyone burst into prayer. The assistant minister knelt at the table.

Andrew Murray had been speaking in the main sanctuary to the service there. He was notified and came running. Murray called in aloud voice, "I am your minister, sent from God. Silence!"' No one noticed as all continued calling out loudly to God for forgiveness. Murray asked his assistant to sing a hymn, but the praying continued undiminished.

All week long, the prayer meetings were held. Each service began with profound silence. "But as soon as several prayers had arisen the place was shaken as before and the whole company of people engaged in simultaneous petition to the throne of grace." The meetings often continued until 3:00 A.M., and as the people reluctantly dispersed, they went singing their way down the streets.

Services were moved to a larger building because of the crowds. On Saturday, Andrew Murray led the prayer meeting, preaching from the Bible. He prayed and then invited others to do so. Again, the mysterious sound of thunder approached from a distance, coming nearer until it enveloped the building. Everyone broke out in simultaneous prayer.

Murray walked up and down the aisle trying to quiet the people, but a stranger in the service tiptoed up to him and whispered, "Be careful what you do, for it is the Spirit of God that is at work here." Murray learned to accept the revival praying. As many as twenty found the Lord in one service. Mrs. Murray wrote, "We do feel and realize the power and presence of God so mightily. His Spirit is indeed poured out on us.”

The South African revival then scattered like buckshot and spread to other areas. One pastor reported something of “the glory of the church in the first century”. Prayer meetings multiplied. Many Christians met each week in prayer groups of three to four. Some churches could not hold all who came to worship. Spiritual awakening came to places up to two hundred miles away.

Now is the time to let God move

Dear Lord, we pray for revival. Help our hearts be open and ready for the moving of the Holy Spirit. We want to see our churches filled. In The Name of Jesus, Amen.
Posted by Ronald L Yahr, Jr at Friday, February 05, 2016