Rich are those who care for one another! 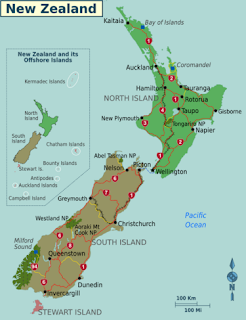 Carl Sylvius Volkner was a German missionary in New Zealand. His ministry began in August, 1861, and he worked with the Whakatohea natives. Under his leadership, a church and a school were built for the local people.

Unfortunately, he was not welcomed by everyone with open arms. The followers of a new religion named Pai Marire absolutely hated him, and in January, 1865, while in Auckland, he was warned to never come back to Opotiki.

Volkner loved these people, however, and he could not just vanish from sight to please those who hated him. Two months later he was back with his beloved people, but his enemies were waiting for him. He was arrested for treason, he was hung from a willow tree near his church, and then he was beheaded. His murderers then drank his blood and smeared it on their faces, and as a last affront, the leader, Kereopa Te Rau swallowed Volkner’s eyes, earning for himself the name of “eye eater”.

Two centuries later, the eye eater was eventually forgotten. Volkner, however, was not. His heroics and love for God and for these people motivated the natives to name an island after him: The Volkner Rocks.

Volkner was one of those who was truly rich, even though it cost him his life. He shared what was most precious to him, and in so doing, he brought many who were poor in spirit to the kingdom of God.

Richness means nothing if we cannot sh
\are it with others. What are we willing to do to share the Kingdom?

Dear Lord, help us take the things that You give and share them with those around us that are in need. In The Name of Jesus, Amen.
Posted by Ronald L Yahr, Jr at Friday, February 12, 2016