Do You Show Compassion? 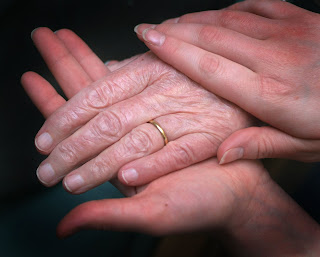 The dean was speaking at a faculty meeting. One of the professors stood up and asked, "What must I do to get tenure?" The dean replied, "What does the faculty manual say?" The professor answered, "Do good research, teach well, and mentor students." "You have answered correctly," the dean replied. "Do this and you will get tenure."

But the professor wanted to justify himself, so he asked the dean, "What does it mean to mentor students?" In reply the dean said: "One term there was a student who was struggling in his courses. He went to talk about it to the professor of one of his classes, but the professor brushed him off with, "If you can't handle the work, you should drop the course." The student then went to his academic advisor, but she was on her way out the door to the airport and didn't have time to talk. A custodian overheard the conversation, and, seeing the discouragement of the student, invited him out for a cup of coffee. It turned out the student was dealing with the death of a family member, and the stress was affecting his personal life as much as his studies. The custodian walked him to the counseling center and arranged an appointment for him. He called the student several times in the next few weeks to see how things were going, and helped him think through whether to drop the courses or not. Now, which one of these was the true mentor to the student?" The professor replied, "The one who had mercy on him." The dean told him, "Go and do likewise."

In reply Jesus said: "A man was going down from Jerusalem to Jericho, when he fell into the hands of robbers. They stripped him of his clothes, beat him and went away, leaving him half dead. A priest happened to be going down the same road, and when he saw the man, he passed by on the other side. So too, a Levite, when he came to the place and saw him, passed by on the other side. But a Samaritan, as he traveled, came where the man was; and when he saw him, he took pity on him. He went to him and bandaged his wounds, pouring on oil and wine. Then he put the man on his own donkey, took him to an inn and took care of him. The next day he took out two silver coins and gave them to the innkeeper. 'Look after him,' he said, 'and when I return, I will reimburse you for any extra expense you may have.' "Which of these three do you think was a neighbor to the man who fell into the hands of robbers?" The expert in the law replied, "The one who had mercy on him." Jesus told him, "Go and do likewise."

Dear Lord, we pray that we will have the same compassion that You have. Help us to show love to those around us. In Jesus’ Name, Amen.

Email ThisBlogThis!Share to TwitterShare to FacebookShare to Pinterest
Labels: compassion