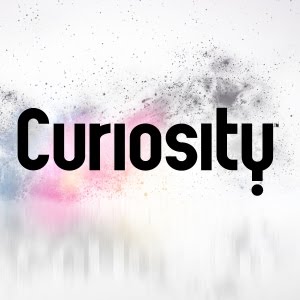 Deuteronomy 12:30 (The Message)
"Be careful that you don't get curious about them after they've been destroyed before you. Don't get fascinated with their gods, thinking, "I wonder what it was like for them, worshiping their gods. I'd like to try that myself."

Have you ever been curious? Even a tiny bit?

What about that locked drawer that your parents told you don’t even look at? Or that letter addressed to your dad that caused the frightened looks to appear in your parents' eyes?

The sad part about curiosity is that it takes only a little bit of it to entice someone into drugs, smoking, alcohol, or even that three letter word said in hushed tones. And once curiosity is given into, that someone may find themselves addicted for life! Just one tiny bit of curiosity is all it takes, but no tiny bit of anything else can free us from the bonds that imprison us.

But isn't it human to be curious? Put a "do not enter" sign on any door, and you can be sure that someone will try to open it! The "I wonder what's inside" attitude often leads to unsuspected troubles and the evil one knows it!

Look at our great-great-great-great-grandmother Eve. She walked in a world that our senses cannot even fathom. She was surrounded by beauty, she had nothing to be afraid of, she could enjoy everything and anything-Oh. Except for that one tree…

And where did she go? Not towards paradise, but straight to the "do not touch" tree (see Genesis 3)!

Then there was King David, the conqueror who established firm and safe borders around Israel. He was so loved by his people that he went down in history as being the best king Israel ever had. He really had it all. But one day his curiosity got the better of him. While admiring Jerusalem from the rooftop of his palace, his attention strayed to forbidden ground: The beautiful woman on the next rooftop. As his attention remained focused on what was not his, his curiosity began to rise. What would it be like … ? (See 2 Samuel 11).

What was David thinking? Weren't his hundreds of wives and concubines enough? But in the end, his curiosity birthed the murder of an innocent man!

Curiosity my friends, often leads to a lot of problems!

Curiosity can also be a good thing, as it can lead people to God. Take Moses for example. One day as he was herding his sheep in the desert he noticed something very unusual: A bush that was burning without being consumed! I think this would have stopped us in our tracks as well! Led by his curiosity, Moses discovered that God was indeed his friend and that this message had to be shared with the world.

Too often curiosity becomes an illicit mistress that entangles us in unshakable addictions, rendering us helpless and ineffective. Only by becoming curious about the source of the imperishable burning bush can we discover that our bonds can be broken not through our own efforts, but through the One who paid the price for our total freedom.

Dear Lord, help us use the curiosity that we have in a good way. Help us be curious about the things of You and not the things that will leave astray. In Jesus’ Name, Amen.
Posted by Ronald L Yahr, Jr at Tuesday, October 20, 2015

Email ThisBlogThis!Share to TwitterShare to FacebookShare to Pinterest
Labels: curiosity