The victory of Easter 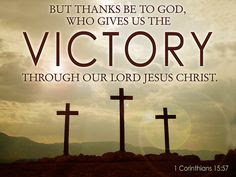 Eric Barker, a missionary from Great Britain, spent over fifty years in Portugal preaching the Gospel, often under adverse conditions. At the beginning of World War II, the situation in Europe became so difficult that he was advised to send his wife and six children to England for safety. His sister and her three children were also evacuated on the same ship.

Although his family were forced to leave, Eric remained behind to carry on the work. The Sunday following their departure, Pastor Barker stood before his congregation and said, "I've just received word that all my family have arrived safely home!" He then proceeded with the service.

Later, the full meaning of his words became known to his congregation. He had been handed a wire just before the service informing him that a German submarine had torpedoed the ship with his family. Everyone on board had perished.

Eric Barker knew that because all his family were believers they had reached a more desired home." Although overwhelmed with grief, he managed by the grace of God to live above his circumstances and to give God the glory for bringing his family safely home. The knowledge that his family was with Jesus in Heaven comforted his heart.

This bit of history tells the importance of Jesus crucifixion, death, resurrection, and ascension into heaven. Without a sinless sacrifice who willing took the punishment for each of the individual sins of each of Eric Bakers family members he would not have had the assurance that they had arrived safely home.

If the enemy sinks your ship where will you go to spend eternity? If you are safe in the ark of His covenant made possible by Jesus, the Lamb of God, you will ascend to heaven.

Happy Easter! He is Alive!

Dear Lord, thank You for the great sacrifice You gave of dying on the cross for our sins and on the 3rd day conquering death so that each of us can have forgiveness of our sins and conquer death someday. In the Name of Jesus, Amen.
Posted by Ronald L Yahr, Jr at Sunday, March 27, 2016