Have You Caught the Vision? 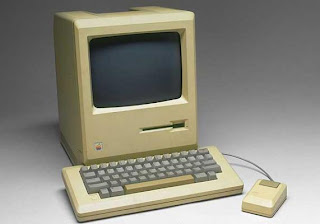 Jim Egan worked at the West Coast Computer Fair in 1977. His job was to help customers decorate their booths. Industry shows are the cheapest way to reach customers within the trade, but some undercapitalized entrepreneurs hardly have enough to rent a booth, let alone pay for the decorations. Egan was approached by a couple of long-haired kids who wanted some chrome displays to make their booth "look flashy." Egan said he had the displays but they were for rent. The kids said they were short of cash, but perhaps Egan might like some stock in their new company. Egan, who had seen them come and go in his twenty years in the business, said he would accept only hard cash. So Steve Wozniak and Steven Jobs did without the chrome, fixed up their booth, and kept the stock in Apple Computer to themselves. Presumably, Jim Egan is still decorating booths for hard cash. Sometimes it is a good thing to catch someone else's dream.

The story of the New Testament is the story of men and women who got close enough to Jesus to catch his dream. Doesn't it amaze you how quickly the disciples left their fishing nets to follow Jesus? What are you waiting for?

He asked them, "But who do you say that I am?" Peter answered him, "You are the Messiah."

Dear Lord, may we catch your vision by coming close to your heart of love. In Jesus’ Name, Amen.