We are all Full of Beauty 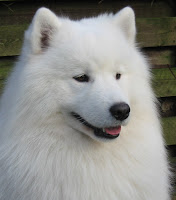 In Jesus Christ we are all children of God. We are not losers at all. We are not unlovable at all. In fact, because we have met the Master, we are really quite beautiful.

Antonio Sanchez was only five years old when he was sent to a Mexican prison for juveniles after allegedly murdering his baby brother. Tony's parents, who had beaten him with chains and tortured him with fire, deserted him and disappeared after telling police he was the killer. In prison other inmates taunted him with the word "murderer" and sometimes abused him. He had to fight for food.

No one seemed to care what happened to Tony, until Carolyn Koons, an American professor, heard his story. She battled bureaucracy and a corrupt prison warden for almost three years to secure Tony's release and adoption at age twelve; but her real struggles had only begun. Somehow she had to meet the needs of a boy who still stuffed rolls into his pockets because of past hunger, who lashed out at others because of his emotional scars, and who seemed enticed by every wrong because of his unbridled life.

Tony Sanchez was not initially drawn to his new mother. In fact, he seemed more drawn to trouble than to anything else. He accused her frequently of not loving him and taunted her with "I won't obey you or anyone." Carolyn never stopped barbecuing those juicy hamburgers he craved, never quit hugging him after his acid words, never ceased rescuing him from fights.

Carolyn had almost despaired of Tony ever bonding to her. But then Carolyn got a big surprise; Tony made an unexpected speech at his junior high graduation. In almost a stutter he said, "I want to thank my mom for adopting me and bringing me to the United States." Then with tears streaming down his face, he yelled, "I love you, Mom. I love you. I love you."

Why did Tony love the woman who adopted him? It was because he could look into her eyes and see himself as someone of worth, someone of beauty.

But now that faith has come, we are no longer subject to a disciplinarian, for in Christ Jesus you are all children of God through faith.

Dear Lord, We want to thank you for making each of us a thing of beauty. We pray that as we meet those around us that we would see their beauty also. In Jesus’ Name, Amen

Email ThisBlogThis!Share to TwitterShare to FacebookShare to Pinterest
Labels: beauty