Are You Laying up Your Treasures in Heaven? 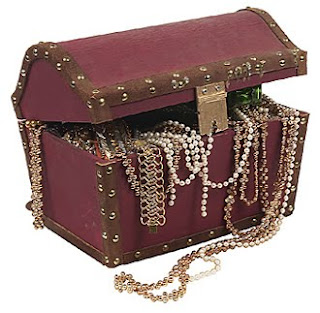 A rock hound named Rob Cutshaw owns a little roadside shop outside Andrews, North Carolina. Like many in the trade, he hunts for rocks, then sells them to collectors or jewelry makers. He knows enough about rocks to decide which to pick up and sell, but he's no expert. He leaves the appraising of his rocks to other people. As much as he enjoys the work, it doesn't always pay the bills. He occasionally moonlights, cutting wood to help put bread on the table.

While on a dig twenty years ago, Rob found a rock he described as "purdy and big." He tried unsuccessfully to sell the specimen, and according to the Constitution, kept the rock under his bed or in his closet. He guessed the blue chunk could bring as much as $500 dollars, but he would have taken less if something urgent came up like paying his power bill. That's how close Rob came to hawking for a few hundred dollars what turned out to be the largest, most valuable sapphire ever found. The blue rock that Rob had abandoned to the darkness of a closet two decades ago -- now known as "The Star of David" sapphire -- weighs nearly a pound, and could easily sell for $2.75 million.

Store your treasures in heaven, where moths and rust cannot destroy, and thieves do not break in and steal. Wherever your treasure is, there the desires of your heart will also be.

Dear Lord we pray that we will always keep in mind that our true treasure is in heaven. Help us to be able to balance the things that are important. In Jesus’ Name, Amen

Email ThisBlogThis!Share to TwitterShare to FacebookShare to Pinterest
Labels: treasures