God Doesn't Want Us to Hurt Ourselves. 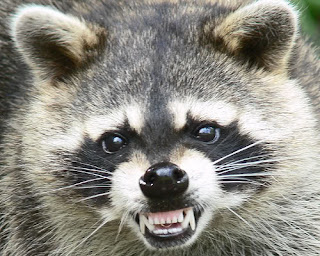 In A VIEW FROM THE ZOO, Gary Richmond, a former zoo keeper, tells about an experience a friend had with a raccoon. He explains that raccoons go through a glandular change at about 24 months. After that they often attack their owners. A 30-pound raccoon can be equal to a 100-pound dog in a scrap. Richmond felt compelled to warn this young friend of his named Julie of the change coming to her pet raccoon. She listened politely as he explained the coming danger. She responded by saying what people always say, "It will be different for me...." And she smiled as she added, "Bandit wouldn't hurt me. He just wouldn't."

"It will be different for me..." Does any person who begins experimenting with alcohol or drugs ever expect that he or she will get hooked? Does any married person who becomes involved in an extra-marital affair ever look down the road to see the destruction he or she is bringing to other people involved? "It will be different for me..." but it never is. God hates sin because of what it does to people. God doesn't want us to hurt ourselves. God wants us to have life in all of it fullness.

When Jesus spoke again to the people, he said, "I am the light of the world. Whoever follows me will never walk in darkness, but will have the light of life."

Dear Lord and Heavenly Father, We pray that when temptations come our way we will be bale to satnd against them. In Jesus’ Name, Amen.

Email ThisBlogThis!Share to TwitterShare to FacebookShare to Pinterest
Labels: raccoon