Are You Spending Enough Time in God's Word? 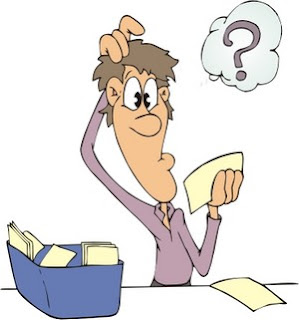 Q. What kind of man was Boaz before he married?

Q. What do they call pastors in Germany?

Q. Who was the greatest financier in the Bible?

A. Noah. He was floating his stock while everyone else was in liquidation.

Q. What was the greatest female financier in the Bible?

A. Pharaoh's daughter. She went down to the bank of the Nile and drew out a little prophet.

Q. What kind of motor vehicles are in the Bible?

A. Jehovah drove Adam and Eve out of the Garden in a Fury. David's Triumph was heard throughout the land. Also, probably a Honda, because the apostles were all in one Accord.

Q. Who was the greatest comedian in the Bible?

A. Samson. He brought the house down.

Q. What excuse did Adam give to his children as to why he no longer lived in Eden?

A. Your mother ate us out of house and home.

Q. Which servant of God was the most flagrant lawbreaker in the Bible?

A. Moses. He broke all 10 commandments at once.

Q. Which area of Palestine was especially wealthy?

A. The area around Jordan. The banks were always overflowing.

Q. Who is the greatest baby sitter mentioned in the Bible?

A. David. He rocked Goliath to a very deep sleep.

Q. Which Bible character had no parents?

Something we used in our 5th grade Sunday School class was Bible trivia which proved to be fun and educational. How many of the questions could you answer? Are you spending enough time in God’s word?

Be diligent to present yourself approved to God as a workman who does not need to be ashamed, accurately handling the word of truth.

Dear Lord, Be Thou within me, to strengthen me; Without me, to keep me;

Above me, to protect me; Beneath me, to uphold me; Before me, to direct me; Behind me, to keep me from straying; Round about me, to defend me. In Jesus' Name, Amen