Do You Give Youth its Opportunity to Succeed? 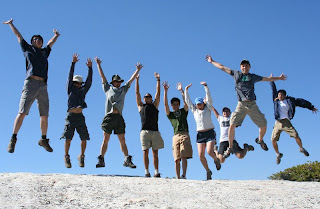 A story is told of the city fathers of Florence, Italy in 1403 that decided to add to the Baptistry of St. John. They held a competition among seven artisans to craft two large bronze doors. The winner was Lorenzo Ghiberti, a twenty-year-old trained goldsmith who had never won a commission for his work. The other rivals were more experienced and well known, but the city fathers believed Ghiberti was the right person, in spite of his youth. Ghiberti spent the next 20 years completing the bronze doors. Each door contained 14 quatrefoil-framed scenes from the lives of Christ, the Evangelists, and the church fathers. Installed in 1424, the doors were highly praised. Although the reliefs were mainly Gothic in style, the later ones showed a transitioning toward the Renaissance style.

In 1425, the Florence city fathers commissioned Ghiberti to do a third set of bronze doors in the baptistery at Florence. It took him twenty-seven years to complete this set of doors, each portraying five scenes from the Old Testament. Michelangelo later praised these doors by calling them the "Gates of Paradise." This third set of beautiful doors would never have been made had not the young Ghiberti been given the opportunity to craft the second set of doors.

Do you give youth its opportunity to succeed?

"We who are older should always be careful to encourage the desire of the young to serve, and let no one despise their youth!"

Don't let anyone look down on you because you are young, but set an example for the believers in speech, in life, in love, in faith and in purity.

Dear Lord, We thank you for the young people. We pray that we will never look down on them but always look to them as the potential that they are. In Jesus’ Name, Amen