Give Your Worries to God 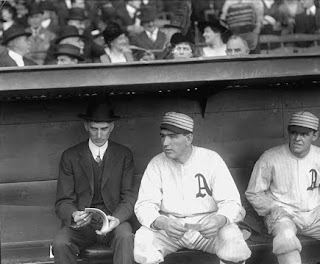 Connie Mack was one of the greatest managers in the history of baseball. One of the secrets of his success was that he knew how to lead and inspire men. He knew that people were individuals. Once, when his team had clinched the pennant well before the season ended, he gave his two best pitchers the last ten days off so that they could rest up for the World Series. One pitcher spent his ten days off at the ball park; the other went fishing. Both performed brilliantly in the World Series. Mack never criticized a player in front of anyone else. He learned to wait 24 hours before discussing mistakes with players. Otherwise, he said, he dealt with the goofs too emotionally.

In the first three years as a major league baseball manager, Connie Mack's teams finished sixth, seventh, and eighth. He took the blame and demoted himself to the minor leagues to give himself time to learn how to handle men. When he came back to the major leagues again, he handled his players so successfully that he developed the best teams the world had ever known up to that time.

Mack had another secret of good management: he didn't worry. "I discovered," he explained, "that worry was threatening to wreck my career as a baseball manager. I saw how foolish it was and I forced myself to get so busy preparing to win games that I had no time left to worry over the ones that were already lost. You can't grind grain with water that has already gone down the creek."

Every evening turn your worries over to God. He's going to be up all night anyway.

Don’t worry about anything; instead, pray about everything. Tell God what you need, and thank him for all he has done.

Dear Lord, we pray that we would take our worries and turn them over to You. Help us remember that You are in control of everything and we can rest in that fact. In Jesus’ name, Amen.

Email ThisBlogThis!Share to TwitterShare to FacebookShare to Pinterest
Labels: worries