Pray for Our Leaders 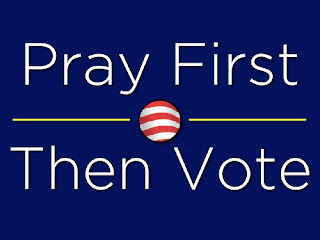 In 1883 in Allentown, New Jersey, a wooden Indian -- the kind that was seen in front of cigar stores -- was placed on the ballot for Justice of the Peace. The candidate was registered under the fictitious name of Abner Robbins. When the ballots were counted, Abner won over incumbent Sam Davis by 7 votes. A similar thing happened in 1938. The name Boston Curtis appeared on the ballot for Republican Committeeman from Wilton, Washington. Actually, Boston Curtis was a mule. The town's mayor sponsored the animal to demonstrate that people know very little about the candidates. He proved his point. The mule won!

On this primary election day as we decide who will run in the November mid term elections we need to pray that the Lord will guide our thoughts as we vote. Then we need to continue to lift them up in our prayers that they will have the wisdom they need to lead. Lets get to know the candidates so we don’t put into office a wooden Indian or a mule.

I exhort therefore, that, first of all, supplications, prayers, intercessions, and giving of thanks, be made for all men; For kings, and for all that are in authority; that we may lead a quiet and peaceable life in all godliness and honesty.

Dear Lord, we pray for wisdom as we vote and we pray for those that we have put into control. In Jesus’ Name, Amen