Are You Letting God Direct Your Life? 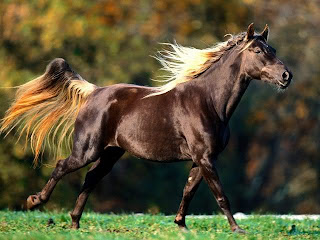 Soren Kierkegaard once told a parable about a certain rich man who bought a team of excellent, faultless horses. His own Coachman was somewhat inept and undisciplined, but the rich man hoped that the quality of the horses would offset this. After a few months, it was impossible to recognize the once proud horses. They were dull and drowsy, their pace inconsistent, their stamina gone. They developed strange quirks and bad habits.

So the rich man called the King's coachman who knew horses. After he drove the horses for a month and they were familiar with his voice, they held their heads high, their eyes were bright and their pace beautiful. The capacities and possibilities were there all the time. It all depended on whose voice they heard directing their lives.

Paul so heard the voice of God directing his life that he could write, "I have been crucified with Christ; it is no longer I who live, but Christ who lives in me; and the life I now live in the flesh I live by faith in the Son of God, who loved me and gave himself for me."

and that from childhood you have known the sacred writings which are able to give you the wisdom that leads to salvation through faith which is in Christ Jesus.

Dear Lord and Heavenly Father, live in us as we grow in our faith and commitment to you. In Jesus’ Name, Amen.

Email ThisBlogThis!Share to TwitterShare to FacebookShare to Pinterest
Labels: Directing