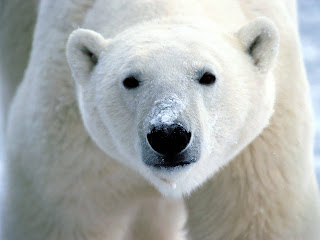 Gary Richmond, a zookeeper at the Los Angeles Zoo, remembers the strict instructions he was given when he received the master keys to all the animals' cages. His supervisor made it very clear that constant vigilance was necessary for ensuring the safety of the animals and all the people at the zoo. Gary's greatest responsibility would be to guard his keys and to make sure he used them wisely--only opening or closing those doors that absolutely had to be opened or closed.

For the first few months, Gary was the model of vigilance. But one day, Gary was tending to the polar bear when he realized he had made a horrific mistake. The massive polar bear, easily the size of three large men, was the most dangerous animal at the zoo. He hated humans and had tried to maul anyone who passed his cage. He had also killed two female polar bears. Gary had unlocked one door in Ivan's cage in order to let Ivan walk out in the sunshine in his enclosed space. But Gary realized that he had forgotten to close and lock another door at the end of the hallway, one which the bear could easily enter. If it did so, Gary would have no way to escape. And he knew the bear would attack him.

The bear, a creature of habit, was just finishing his morning pacing in the sunshine. The bear always paced for the same amount of time, in the same pattern, every day. In a few seconds, the bear would be finished pacing and would look for a way to get back in its cage. If it noticed the open door, it would surely come in. And the door was at the end of a hallway.

Gary reasoned that, if the bear did not alter its routine one iota, he would have about seventeen seconds in which to run down the hallway, close and lock the door, and pray that the bear didn't notice him.

When the bear turned to make its last amble in the sunshine, Gary sprinted down the hallway. He wasn't sure if the physical effort or the fear was making his heart seemingly burst in his chest. He reached the door only to see the bear nearby looking right at him. He pulled the door shut and scrambled to lock it. As he sank to the floor in a quivering mass of spent adrenaline, he looked up and saw the bear staring down at him through the window.

Watch over your heart with all diligence, For from it flow the springs of life.

Dear Lord and Heavenly Father, Please help us have vigilance in serving you and striving to answer your call. In Jesus’ Name, Amen.

Email ThisBlogThis!Share to TwitterShare to FacebookShare to Pinterest
Labels: vigilance