Are You Compassionate or Spiteful? 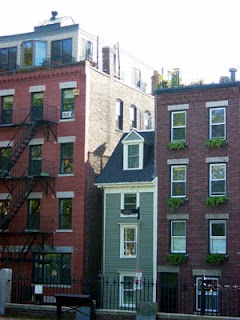 Ron Lee Davis in his book, MISTREATED, tells about a millionaire who owned a lot in an exclusive residential area of a large city. This lot presented an unusual problem. It was only a couple yards wide by nearly a hundred feet long. There was nothing he could do with such an oddly proportioned piece of real estate but sell it to one of the neighbors on either side. He went first to the neighbor on the east side of his lot, and asked if he was interested in buying it.

The neighbor said, "Well, only as a favor." Then he named a ridiculously low price.

The millionaire was beside himself with rage. Within a few days, he hired an architect and a contractor to build one of the strangest houses ever conceived. Only five feet wide and running the full length of his property, his house was little more than a row of tiny rooms, each barely able to accommodate a stick of furniture. The neighbors complained that the bizarre structure would blight the neighborhood, but city officials could find no code or regulation to disallow it.

When it was finished, the millionaire moved into his uncomfortable and impractical house. There he stayed until his death. The house, which became known in the neighborhood as "Spite House," still stands as a monument to one man's hate.

I wonder how many people today live in a state of a Spite House?

But you, O Lord, are a compassionate and gracious God, slow to anger, abounding in love and faithfulness.

Dear Lord and Heavanly Father, that you would root the spite out of us; so that wecan share you’re the joy of your love. In Jesus’ name, Amen.