Are you Letting Despair Take Your Joy? 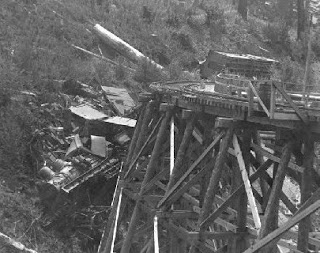 Did you know that the first president of the United States to refuse to use the Bible at his inauguration was Franklin Pierce? The reason is rather interesting.

When Pierce had been elected, he and Mrs. Pierce and their son, two weeks before the inauguration, were taking a trip to Concord, New Hampshire, and, of course, they were doing it by train. The train had not gone far out of the Concord Station, when there was a lurch, a jolt, and the car the Pierces were in tumbled off the tracks and down an embankment. Neither the president nor his wife was injured in the accident, but their son was killed. Franklin Pierce brooded over this, as would most of us. He asked the question of God that so many of us would have asked. Why would God at this moment of triumph permit this tragedy in their lives? He was so upset by it that he refused to allow the Bible to be used at the inauguration.

May we not let our despair move us away from the one who brings comfort.

Brothers, we do not want you to be ignorant about those who fall asleep, or to grieve like the rest of men, who have no hope.

Dear Lord Jesus, we pray that you will take away our despair as you bring us comfort. We pray that we wll never move away for you but hang on to your unending love and comfort. In Jesus’ name, Amen.

Email ThisBlogThis!Share to TwitterShare to FacebookShare to Pinterest
Labels: despair