Is the Power of God Showing in Your Life? 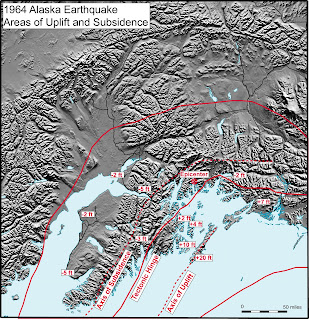 There is an amusing story about an Army mineralogist who happened to be stationed in Anchorage in 1964 when that year's great earthquake hit. Joe was in his bathroom, and his first inkling of trouble came when the water in his toilet suddenly shot up seven feet and splashed all over the ceiling. Joe didn't have to think very long about the implications of this before running out of his house into the street.

By then, the earthquake was going full tilt, so to speak, and the street was full of people. One young mother, Joe's next-door neighbor, had a toddler under each arm and a terrified look on her face. She staggered up to him and cried out, "Joe YOU'RE a geologist! For god's sake, DO something!"

Well, poor Joe was in a bind. He may have studied earthquakes, but he had no power to actually prevent one or stop one after it was started.

The Bible is absolute. It says to us that Christ has power over both life and death. Will you allow his power to work through your life?

May the God of hope fill you with all joy and peace as you trust in him, so that you may overflow with hope by the power of the Holy Spirit.

Dear Lord and Heavenly Father, show us the way to allow your power to work through us. In Jesus’ name, Amen.